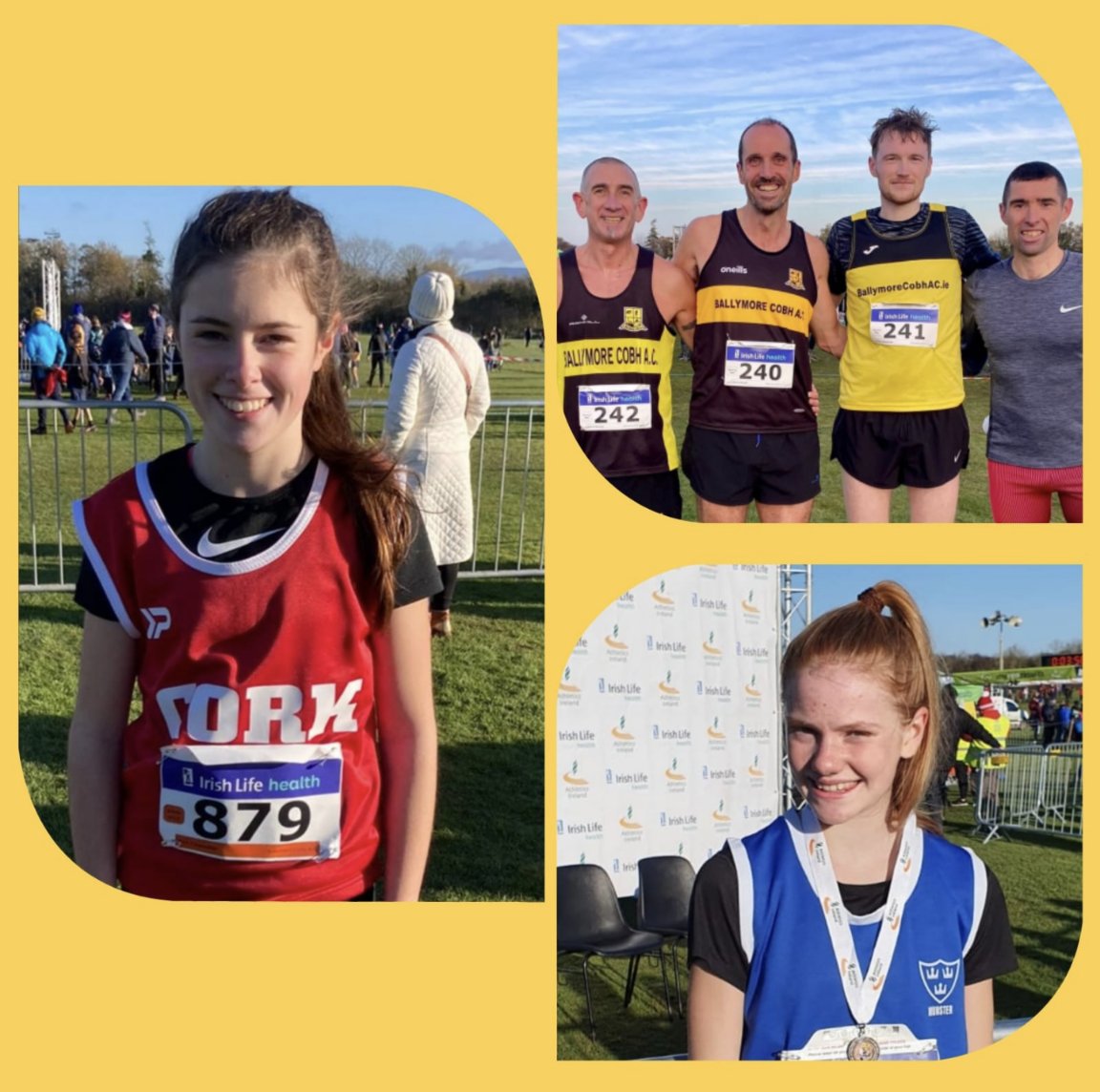 In brilliant winter sunshine, 6 of our athletes stepped forward to enter the fray at national cross country level.
Over 2 very well laid-out fields, with various twists, turns, flats and hills, top athletes from the 32 counties of Ireland competed with one another - the starting lines and opening 200 metres of these races were akin to some battle scenes from the film, Braveheart!
In the U/13s, Lilly, selected to run for Munster in addition to her club, ran what must be the race of her life to secure a phenomenal 8th place from a field of 160 fantastically talented young athletes. Running powerfully from the off, Lilly was relentless in her pursuit of the leaders and it most certainly paid off.
She went home with a medal for placing within the top 10 in Ireland, plus bagged herself a team gold with her province and scooped another gold medal with her county!
In the U/15s, Ava, selected to run for Cork in addition to her club, stepped up a year in age category, which is a massive jump when you're still developing, but none more so than at national level. For her to then fall ill during the early stages of the race was a desperate turn of fortune for her. Ava however, to her credit, displayed an immense sense of determination and put her fabulous endurance running know-how to work, managing to gather herself and giving it all she had to run superbly from there on. To finish mid-pack in 71st position is testament to what a fine athlete Ava truly is.
We are immensely proud of both of these young ladies.
Later that afternoon, the National Men's Novice Championships were held as the ultimate race of the day and it was a humdinger of an event.
221 men finished this race, with several more having started but failing to finish it out.
First to cross the line over the 6km course was club coach, Trevor Cummins (60th 20:52), who improved dramatically on his previous 2018 effort by about 70 places.
Following close behind in a huge chasing pack was Dublin-based Eoin Downing (90th 21:19). All that grass running in the Phoenix Park certainly reaped dividends for Eoin.
Next man to finish was club coach, Shane Meyler (193rd 23:53), who can't seem to get enough of these cross country events this year.
Bringing it home for Ballymore Cobh A.C. was one of the club's latest recruits, Steve Murray (213th 26:42). The County Down native had never ran cross country in his life and stepped into the breach with little notice in an event thronged with some of the best talent in the country. Total respect to Steve.
This was the first time in many, many years that the club had a representative team competing at a national cross country event.
We thank the 4 gents above and both Lilly and Ava for their unstinting efforts last Sunday in representing their club, the town of Cobh and Cork so well on the national stage.